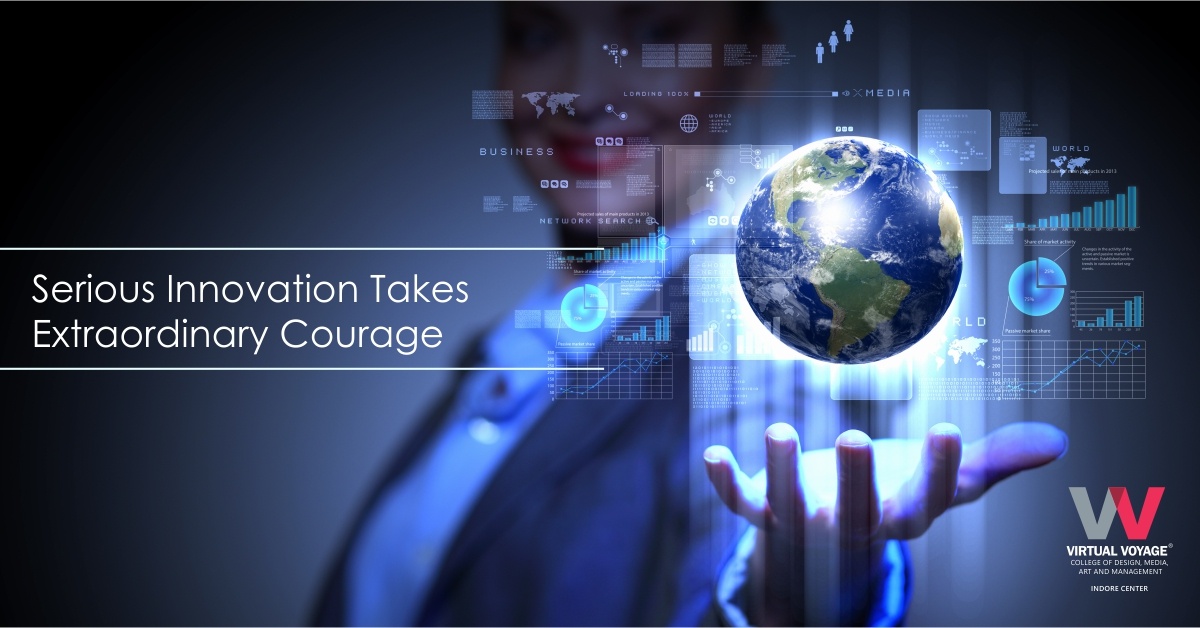 Ever since the inception of modern human civilization, there have been several pioneering individuals and institutions which have successfully altered the prevalent stream of thoughts of their eras. Not only did these innovators challenge the status quo, but rather paved the way for significant intellectual and scientifc advancements which, subsequently, have become ingrained in the foundations of societal advancement. None of these remarkable feats, however, came without a barrage of adversities. Be it the scientific marvels of Galileo Galilei or the entrepreneurial pursuits of the iconic Steve Jobs, almost any instance of creative and intellectually clairvoyant tasks have been met with relentless criticism from contemporary societies.

Galileo Galilei, better known as the father of observational astronomy, was discordantly criticized by religious institutions and scientists alike when he proposed his theory of heliocentrism, which proposed that the Earth and the planets revolved around the Sun. However, Galileo’s theory, which was largely based on significant scientific fundamentals and astronomical principles, was dismissed by the church as blasphemous as it attempted to reinterpret the observations of the Bible. Subsequently, following protracted disagreements with the Church, Galileo’s was sentenced to house arrest which served to stifle his outlandish and religiously abominable beliefs. Even after Galileo’s death, Pope Urban VIII and other authorities from the higher echelons of the Catholic church deprived him of rightful adulation by dropping plans to bury him in the Basilica of Santa Croce and buried him in a small and isolated room in the novices’ chapel. However, in the centuries to follow, Galileo’s astronomical theories won him deserved recognition as the Catholic Church lifted its ban on publishing Galilei’s works and expressed regret over the handling of the scientific propositions of one of the most decorated astronomical researchers of all time.

Steve Jobs, the entrepreneurial guru and the founder of Apple, is another prescient visionary whose creative instincts were hindered by incredulity amongst his peers and contemporaries. When Steve Jobs designed the Macintosh and integrated within its system his passion for design and ease of usage, his peers and co-workers rubbished his notions and didn’t share the same beliefs as him. These disagreements transferred to the executive decisions made for the promotions for the Macintosh and led to a bitter dispute between Steve Jobs and his co-workers which eventually led to his ouster from the company he founded and turned into Silicon Valley’s hottest startup in the 1980’s. Following his departure, Apple stock plummeted and the company encountered a wave of product failures which could be traced directly to the one facet of Apple which Steve Jobs had epitomized, empathy with the customers and love for design. The prodigal genius of Jobs was eventually heralded as Apple bought NeXT and hired Steve Jobs as its CEO in 1997. What followed was Apple’s meteoric rise to the position of one of the world’s most loved brand and also the most valuable company in the world, all of it under the stewardship of the man whose vision and ideals were severely doubted.

These are just 2 from countless instances of relentless abuse for people whose thoughts extend beyond their times and whose dreams aim to shake up the conservative status quo of society. Often, peers’ jealousy and authoritative insistence on maintaining the status quo of society attempt to ruffle the feathers of extraordinary dreams. However, no matter how frightful the disapproval from some members of the community, the mettle of creativity always expresses itself and marches on undaunted. The forceful opposition to people who look beyond the perceived realms of normality is often strident and may seem too difficult to overcome. But, tireless persistence towards one’s goal, regardless of the trials and tribulations, is what ultimately bears fruition for creative thinkers. Inspired by the infinite potential of human creativity, Virtual Voyage College, as an institution, prides itself on its ethos for nonconformity with the status quo of our society. We believe in empowering the youth in its pursuit for liberal thinking and the motto of “Passion meets Performance”. Unfazed by the negativity of certain individuals, we believe that our indomitable spirit will help us in becoming the face of the intrepid spirit of today’s youth. There have been and there will be impediments along the way, but, as mentioned earlier, passion and dedication eventually overcome hostility.

To quote Steve Jobs- “ The ones who are crazy enough to think that they can change the world, are the ones who do.”

Virtual Voyage College of Creative Courses is One of the Best Visual Effects Academies in Indore, M.P, India

Virtual Voyage College of Creative Courses is One of the Best Animation and Visual Effects Training Universities in Indore, M.P, India